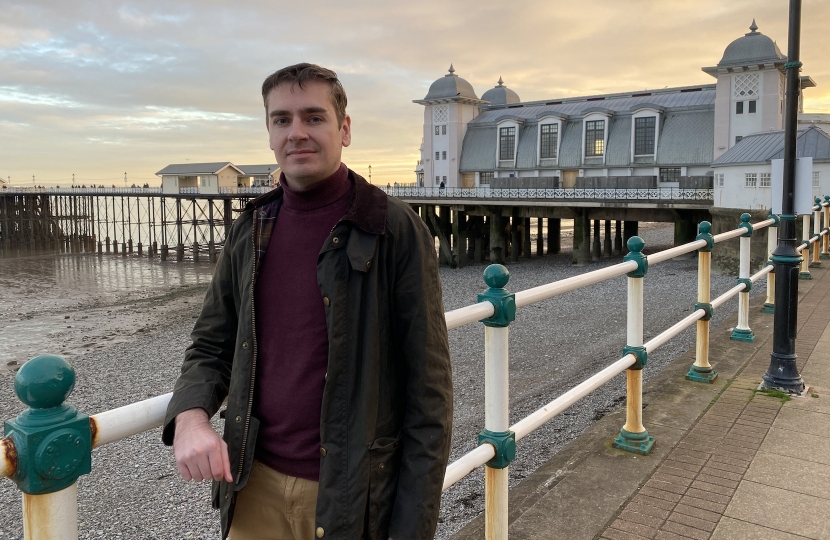 Leighton Rowlands was first elected as a County Councillor in 2017. He attended Holton Road Primary School and Barry Comprehensive School where he studied History, Politics and Information Technology. After leaving Barry Sixth he went on to read History at University Swansea, specialising in medieval history.

After graduating he worked at Cardiff International Airport as a customer service adviser. He then moved on to work in the private sector, specialising in the waste industry where he worked as a quality control officer. He worked as a corporate account researcher spending another three years at the company before making a decision to stand for public office.

Leighton has always had a sense of duty and commitment to the community. He was elected as the youngest Deputy Mayor and Mayor on the Vale of Glamorgan Council and when he became the Mayor, he transformed the way the Mayor Office operates. As Mayor he scaled back the hospitality functions of the Mayor's office and set up a Mayor’s Foundation.

He’s passionate about our community and wants to play a part to help change it for the better.